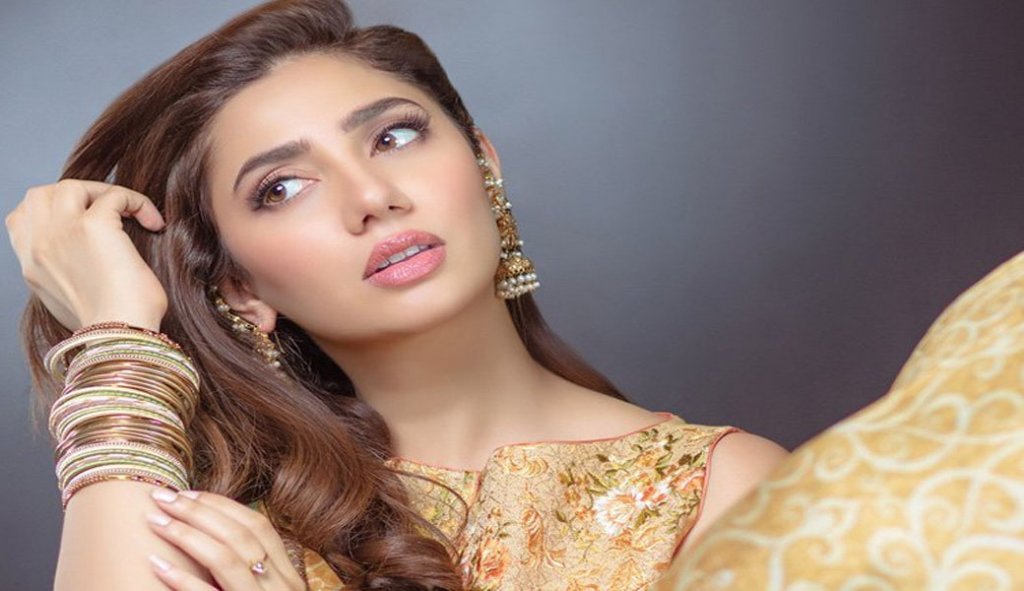 Hania Aamir shares her pic on Instagram bare face without makeup and having acne problem on. Well the feud between Hania Aamir  and his fellow colleague Yasir Hussain begins when Yasir commented on Hania calling her “Danedaar” reffering to her acne post.

So I have always struggled with mild acne. Always had these bumps on my forehead that JUST WOULD NOT BUDGE! I had gotten used to them. But the journey I have been on for a couple of months has been quite a painful one. I’d just come back to chitral from a day trip to kalash and after I had washed my face it started to burn and my skin went red. Didn’t take it seriously but the next day I had these tiny red bumps ALL OVER MY FACE.I freaked out but didn’t let it get the best of me because I was at work. They would show on camera, everybody started to ask me, started with the totkas and then came the anxiety.. khair when I got back they kind of calmed down.My skin looked clearer than before. But some three months back it started to act up again and it was even worse this time! I kept it clean,toner,creams,dermatologists,everything! Nothing seemed to fix my skin and I had my night AND days of crying. Feeling insecure. Anxiety. Makeup wouldn’t help. I was a mess but I went through it and got out of it too. I went to a different doctor and he prescribed me some meds. My skin has been better than before. But it made me wonder.. Why is my skin defining me? Who has made these beauty standards that we always feel the need to match? The society? Clear skin is beauty? I know that the idea of being “perfect” is appealing to majority but you don’t need to be an airbrushed flawless image to feel beautiful. Nobody should feel the pressure of matching the ridiculous societal beauty standards.Have your own.Beauty is within and anybody who makes you feel small because of what you LOOK like shouldn’t be around you! To all the brothers and sisters out there! Being a celebrity does not mean perfection; it only means we have chosen a profession that makes us and our lives public but certainly not that we do not go through issues in life; Every individual has their own. Perfection is not what we should be seeking, being comfortable in our own skin is the key. This is my skin at the moment. Better than before but still not quite okay. But till I tackle it am I gonna hide myself from the world? Shy away from people? No. Yes I am struggling but my skin DOES NOT define me. 🙏🏽 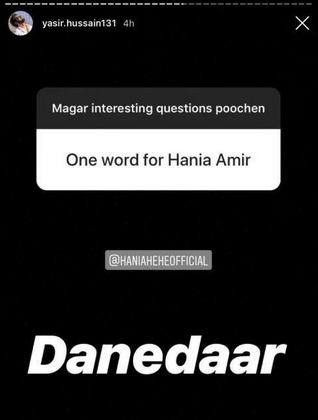 Yasir has also been criticized previously for cracking lame jokes. Hania replied to Yasir in her Insta story by saying that “We brush off insecurities and people pointing them out like it’s no big deal but knowing it’s someone’s insecurity and still making fun of it is the worst thing you can do! It is WRONG ON SO MANY LEVELS! It’s high time people realize it is not okay to make jokes out of other people’s insecurities. It’s disgusting. And not funny at all. Humour is great but be careful with it. Don’t try and act cool about making someone feel bad about what they might consider a slaw. It’d disrespect. Not funny. Degrading is not funny. I’m not laughing. Nobody is.” Mahira Khan tweets in support to Hania.

I’m not laughing either. Nobody is! @realhaniahehe thank you and proud of you for showing courage as well as grace 🙏🏼 https://t.co/yaIGzBQtRY