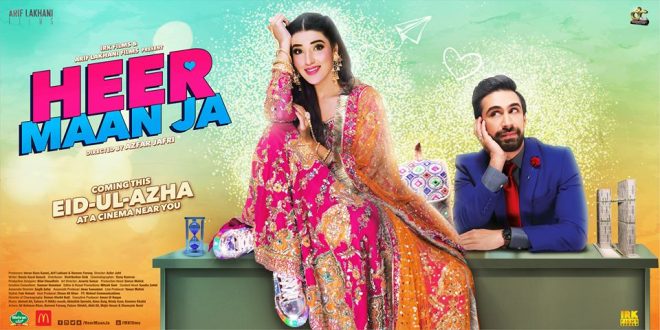 Heer Maan Ja starring Ali Rehman and Hareem Farooq in the leading roles will going to hit the cinemas on this Eid ul Adha. Well the makers of this flick has announced the date of the release of its first trailer. IRK Films and Lakhani Films romantic comedy Heer Maan Ja will release its first teaser on the 1st May 2019. Heer Maan Ja  the film is directed by Imran Raza Kazmi and the film is having Faizan Shaikh, Mojiz Hassan, Shamayale Khattak and others in the supporting roles while Hareem Farooq and Ali Rehman are playing the lead roles in the film.