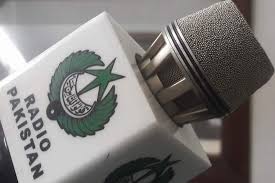 Radio Pakistan has secured the first position in the World Radio Contest 2019 held in Paris, France. According to the press release issued on  4th of April, the contest was organized by European Radio and Digital Audio Show Paris in collaboration with UNESCO (United Nations Educational, Scientific and Cultural Organization) in context to the World Radio Day 2019. It was a huge event and there was participation of radios from all over the world. It was all presented and produced by Radio Pakistan’s Islamabad station on the day of  World Radio Day,  the program ‘Rabtta’ was presented in the contest. ‘Radio; A vehicle for dialogue, tolerance, and peace’ was set as the theme of the program. Well another proud moment for Pakistan! Pakistan Zindabad!